Cho Hye-yeon 9p kindly met with me one day after one of her lectures and sat down for a long and fascinating interview. She shared with me her thoughts on the future of international Go and her progression to becoming one of the strongest female players worldwide. But she also shed some light on the dark sides of competitive Go, how she overcame severe personal challenges, as well as the difference between male and female professionals.

Fabian Bambusch (egc2018.it): How do you like the congress in Italy?

Cho Hye-yeon: Oh, it’s very nice! This is my third year in a row visiting the European congress, and I’ve enjoyed myself a lot each time. This is my first time ever in Italy, so I have visited lots of places: Rome, Florence, Cinque Terre, Lucca twice, even Venice and Verona! As always, I used this opportunity to meet with friends from Japan and China, as well. But I also didn’t want to neglect my duties giving lectures. I did not miss a single one, not even the optional ones [laughs]… and I even participated in the Pair Go!

FB: What helps the European congress stand out from other Go events you’ve visited?

CH: I always saw EGC as a learning opportunity. My goal is to learn the wants and needs of European players, and to find a way to be happy together. In fact, if I find the time I would like to organise my thoughts on the differences between Go in Northeast Asian countries and European countries; maybe I will write about this and publish it for everyone to read.

The role of EGC (and with it, the European Go Federation), is a very important one: to spread Go around the world, and this role will be ever more important as time goes by. Japan at first, followed by Korea and China – they were of course essential for cultivating the game and establishing it in society. However, the charm and the social aspect of Go might be spread by European players, I think.
So we have to invite them and teach European players who are serious about Go. 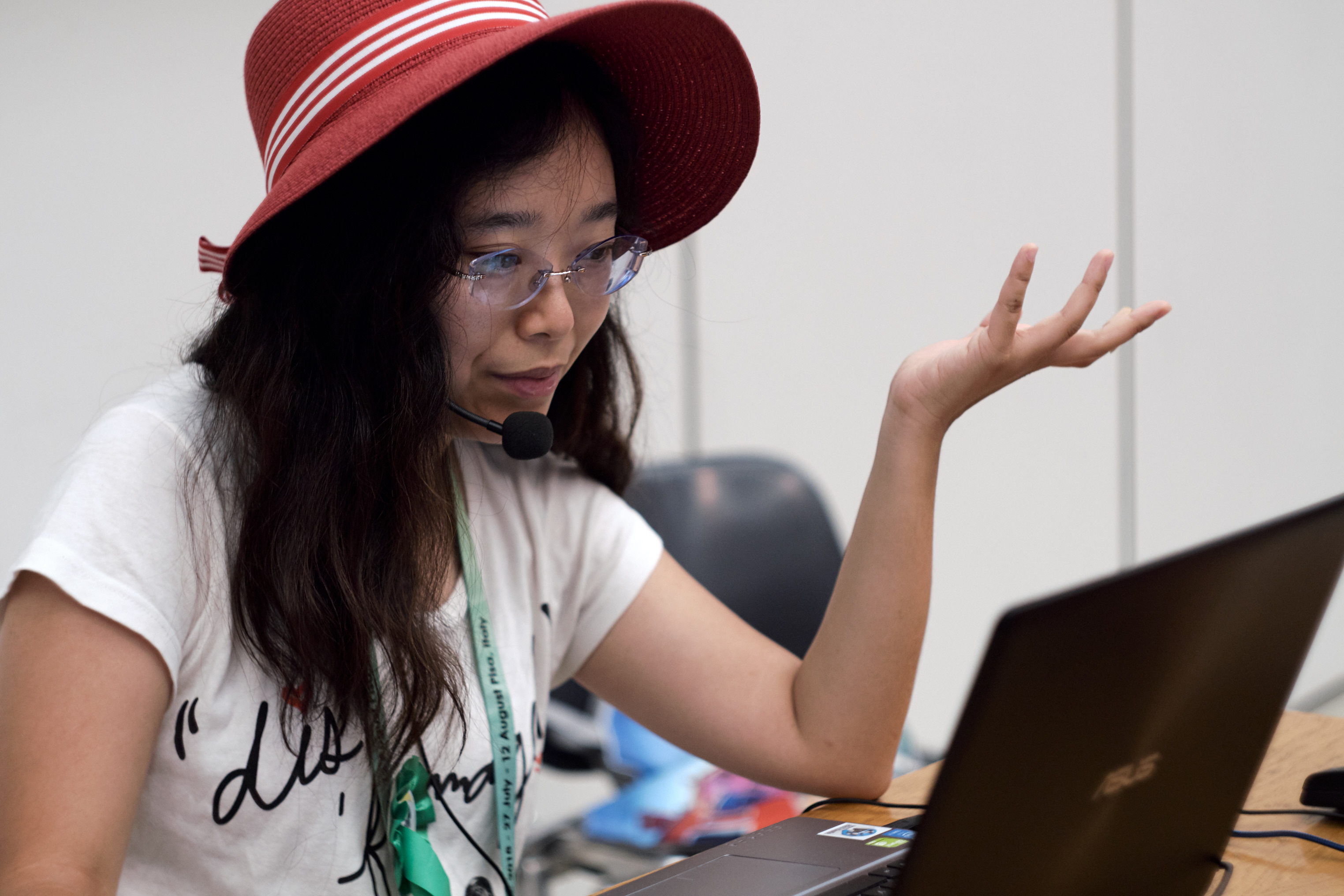 CH: Big companies need to see the value in advertising and prestige in spreading Go internationally. But judging from South Korea where I come from, I can say that they are not yet paying proper attention to Europe in many ways. They fail to see its importance simply due to the distance between the two continents. So if they are ignorant [laughs], how can they see the value in investment?
For a long time [Korean professional] Kim Myung-wan 9p argued in favour of investing in North American Go. Maybe I could be a similar advocate for Europe? I strongly believe that South Korea should be getting involved.

FB: Why do you love Baduk?

CH: I fell in love with it when I was seven years old. But then – I was around 15 kyu at the time – my mother told me ‘well, that’s enough Baduk for a girl’, and sent me to violin practice instead, which I enjoyed (among other activities). She saw particularly great potential in me as a violinist.
But one day I had a dream of how I spent fifteen days playing Baduk non-stop. So when I told my mother, she sent me back to the academy [laughs]. And less than four years later I became a professional player.
So Baduk was a lot of fun but I didn’t find the real beauty of the game until later and even as a young pro, I didn’t really know much about the game.

It certainly changed my life, though. No more normal school, I went to a prestigious school for up and coming talents (the same school Lee Chang-ho graduated from). So I was on the standard track for becoming a top player. But at the same time, I doubted the path I was set on which was already determined for me by the system. 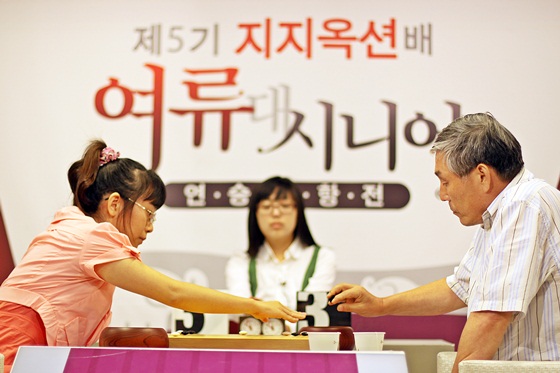 [Cho Hye-yeon, at the start of her career, playing Korean master Cho Hun-hyun]

FB: You did find it eventually, right?

CH: Not until my late 20s. Before then I went through hard times; I lost some friends in the Baduk world, some of whom had died very young. I survived of course and through my experience I was able to help my colleagues deal with feeling ‘trapped’ in this system. I’m not saying this system is necessarily harmful or inherently bad. However, many pros have a hard time communicating their own experiences with each other or with their fans.
As Europeans you might be surprised to learn that even at amateur competitions in Korea, normally you lose once and then you’re out. The winner takes it all. This attitude is also reinforced by our parents.

FB: Do you think there should be a place professionals can turn to for psychological counseling?

CH: Yes, exactly. There is an overall lack of guidance. Nobody bothers to tell us why we play Baduk. Of course they say it develops the brain along with other various practical aspects. But everything is focused on the winner which also reflects South Korea’s current philosophy as a country. We as citizens are always told to be number one, to prevail on the world stage, and to overwhelm our competition.
So those professional players not resilient enough – the system gets rid of that talent. The education system needs to stop and ask: ‘Why? What is our purpose in this world? How should we cope with ourselves and others, our neighbours?’

Basically, that’s why I found the ultimate beauty after I started my world tour at the age of thirty. Before then I was in a deep identity crisis, it was quite serious (when I was twenty-seven or twenty-eight). A year before, I won the 2010 Asian Games in Guangzhou, China and got my promotion to 9 dan afterwards. Nevertheless, I felt frustrated.
So I stepped out of the Baduk world and got my degree in English literature to collect some valuable life experiences. On top of that, I dedicated myself increasingly to writing tsumego books in that time. As a 9 dan at twenty-seven many people envied me.
But after those busy seven years I was out of energy. Looking back at all that I had accomplished, I didn’t feel happy at all. I felt directionless and I was struggling to find a meaning to my life. We are not used to asking questions. We just sit down and do the job. Admittedly, I had more opportunities than others. I was trying to be special, for some reason.

Playing the game started feeling like a chore which lead to me losing many games. I was not in a competitive mindset at all! But I couldn’t turn my back on the game either because Baduk was all I had. When you play in a professional tournament, no matter if you win or lose, immediately there’s the next game – the next tournament to prepare for. I was getting worried about my future… like the same thing that always happens was happening to me. 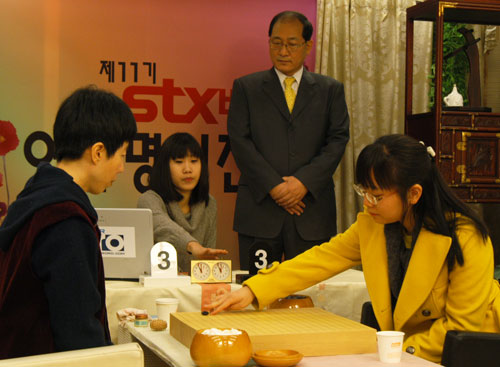 FB: After you realised this, what did you do?

CH: I traveled. And right now – I have to be honest – I may be one of the happiest Baduk players in the whole world! A big part of this was through teaching people wherever I went. I also have to say I feel strong enough to train other teachers as well.

But even more importantly, I found some real friends for the very first time in the game of Baduk who helped me persevere. Of course I had other friends before then but they were also my rivals, so I couldn’t really open up to them. If you become strong, you don’t want to share your ideas and strategies.

There is so much to be appreciated from Go players outside Asia, too. But the language barrier keeps many professional players from enjoying these benefits. What they need to do is find more opportunities to practice their English. Even myself, having studied English on a college level, had a hard time doing this. Yet so many Go players around the world are patient and open, even if English is not their native tongue. We have many things to share with one another.

FB: In some of your lectures you said that men and women play differently. Can you elaborate on that?

CH: Well, it sounds a bit funny but this is actually one of the more controversial issues I’ve been dealing with back home. In South Korea we still have this stereotype that men are more intelligent than women [laugs].
There are still differences of course. For example, I’ve found that when dealing with aji, women tend to care more about it… and I mean they deeply care about it. But when I ask the guys, it seems they couldn’t care less! They don’t take it seriously.

Oddly enough, this is an advantage men have over women in Baduk: if you don’t care that much, it will not stress you out. Men feel comfortable. But women feel quite uncomfortable, especially about that aji.
This is why many women will start ko fights in order to deal with these uncomfortable feelings. I went through this myself, realising this was the reason women are often very fond of whole board fighting situations. The same is true for asking moves. For a woman it is very, very important to play asking moves to make up her mind. But if the asking move is ignored, she becomes angry. She becomes upset... ‘I’m being ignored’ [laughs]. 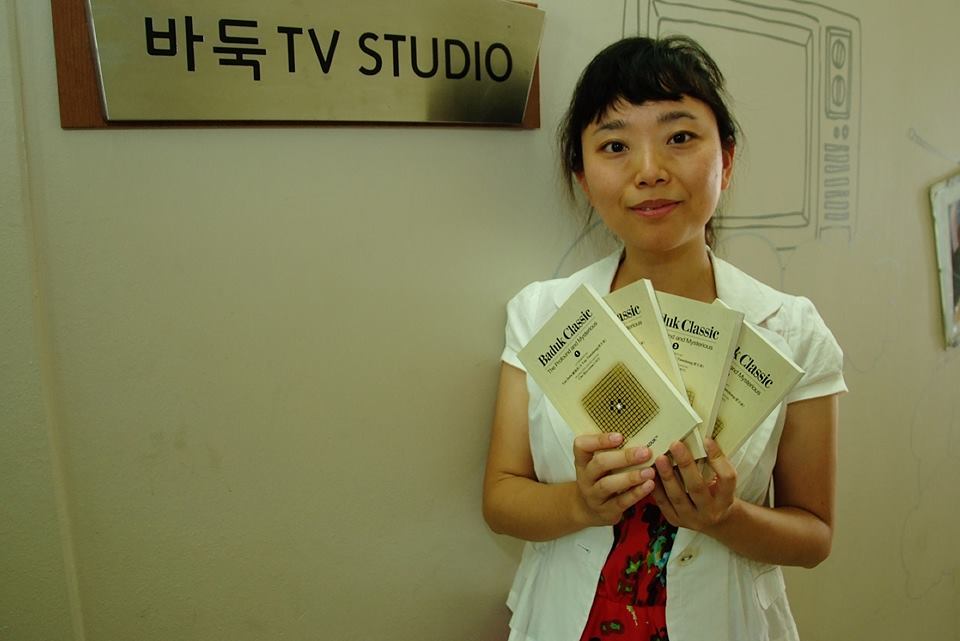 FB: What is the source of these feelings?

CH: It stems from the poor way Baduk education for females in South Korea is handled. They deal with boys and girls equally, which sounds fine on paper. But the approach for girls maybe needs to be more delicate. The way children are taught is very straight-forward: the teacher points out a bad move, now go fix it. Most boys have no problem following this teaching style but for girls, they tend to get uncomfortable.

So instead maybe teachers should try and understand the intentions behind their students’ moves and convince them of their alternative – in a delicate way. The subtleties in language and how they are interpreted by men and women are quite challenging, even in my native Korean.
But instead of focusing on that, we as a society misread these results. Women being taught with little regard for their needs – mostly by men who often don’t share their perspectives – these women are seen as weaker, less intelligent, less capable. This view persists not only in Baduk of course, but also in the academic world. The problem is not that they lack the innate ability, but the system has failed at providing them with the means of dealing with the mental stress of professional Baduk.